Windows 8 Up And Running 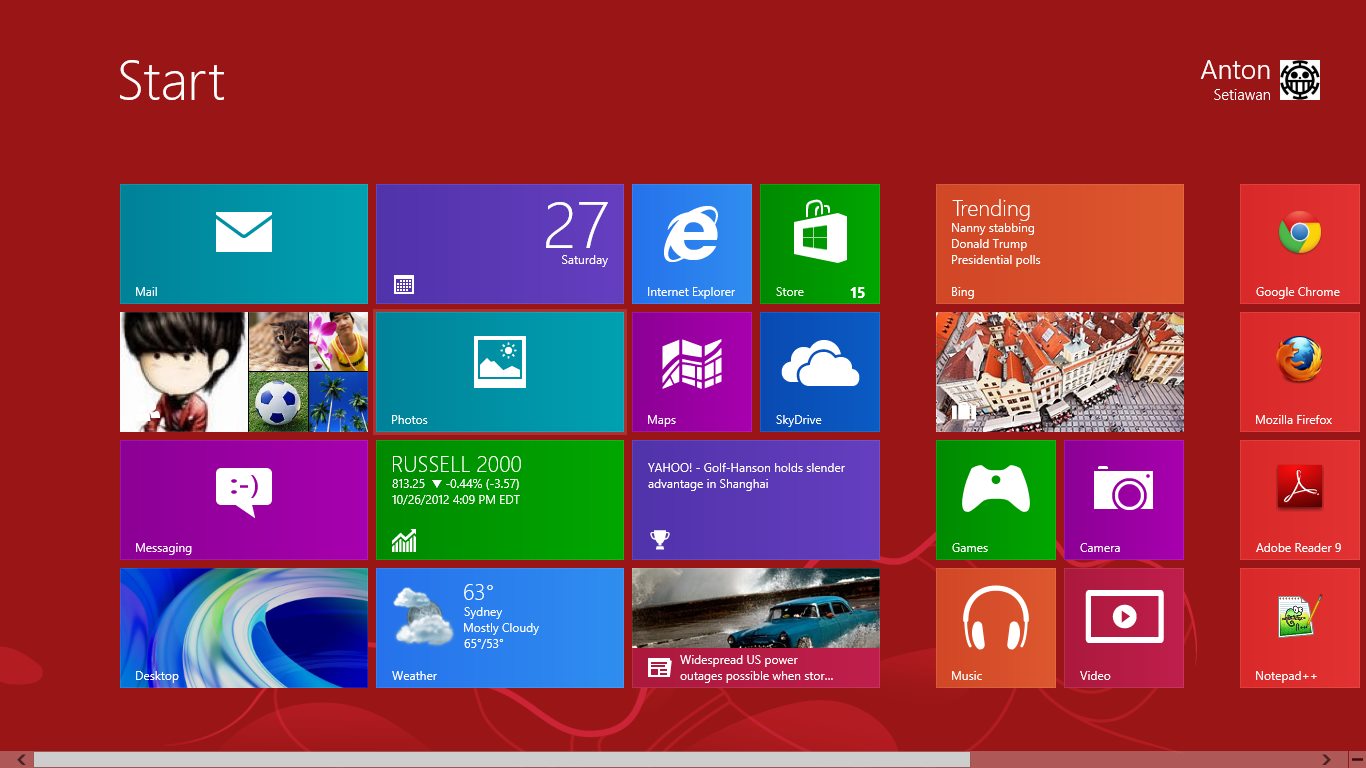 Just installed Windows 8 Pro today on my 1 yr old Qosmio, which is obviously not a touchscreen notebook :( . It took approximately a day to download using my internet connection.

The upgrade package costs me $39 which is a good deal in my opinion. The Windows 8 itself was just released for public yesterday in my local time, though MSDN subscriber can download it since mid August. Its European N version was also leaked early August in file sharing websites.

The upgrade process went smoothly. I kept my applications when upgrading, so I didn’t need to reinstall most of my apps. However not everything is perfect, it fails to detect my BD drive and it seems I need to wait until December for Toshiba's updated driver :( .

I have tried Windows 8 Developer Preview around 1 year ago and its performance was not that great, which is understandable since it is just "alpha" version. Fortunately, the performance of final build of Windows 8 is comparable to Windows 7 and the boot time is faster. However its UI takes time to get used to, and the new Microsoft Store is still lack of apps.

So far, it has been a pleasant experience.